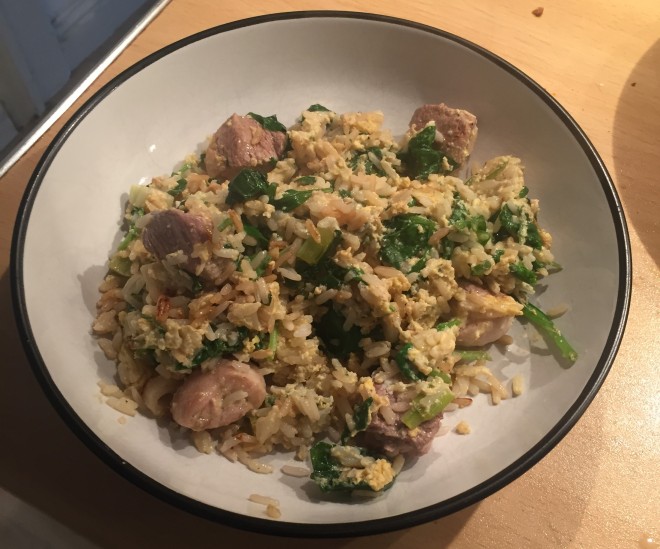 A few years ago, I used some fresh duck eggs in baking, and was enchanted by the bright, rich yolks. With that in mind, I decided to investigate duck eggs in other contexts.

For the experiment, I purchased a box of six Clarence Court duck eggs. I’d been warned that duck eggs were a lot more delicate than chicken eggs, and therefore to handle them accordingly. Indeed, these ones have calciferous white shells that do seem a bit thinner than a chicken egg shell. That being said, inside the shell there’s a tough membrane, so actually breaking into the egg (or the egg breaking open accidentally) does require a bit of effort.

I’m a big fan of the chicken and egg donburi (oyakodon), a dish in which chicken, onion, egg and dashi stock are all served in a bowl with rice. I decided to try a duck equivalent version, using duck egg, duck breast, spring onion, spinach and hoisin sauce.

I’m not going to post the recipe just yet, because although the meal looked great, my first (and so far only) attempt lacked punch in the flavour department. I think the next attempt will involve glazing the duck breast in plum sauce, and perhaps adding some Chinese five-spice.

I’m not about to switch over completely to duck eggs for my everyday needs, but they made for a nice change of pace. Any time I crave a rich yolk, however, I might consider treating myself to a duck egg or two.